2. Be on the same page: have the same understanding about the situation or information.

4. Shoot from the hip: be very direct; express ideas without planning. She likes to shoot from the hip, but honestly makes people angry sometimes. You usually know what he is thinking because he shoots from the hip.

5. See eye to eye: to agree about or have the same perspective on [something] I’d like her to be on my team. We see eye to eye most of the time. We haven’t been able to agree. We don’t see eye to eye on this.

6. Bend over backwards: try very hard to please someone or to do something. She bent over backwards to try and make him happy, but he was never satisfied.

I want you to bend over backwards for this customer. It’s a very important account.

We’re tired of all the careful words. Just lay it on the line for us.

8. Back out: change or cancel an agreement or an arrangement

9. Give and take: cooperation or compromise It took a lot of give and take, but I think we finally reached an agreement that satisfied everyone.

He was used to working alone. In his new job, he had to learn to participate in the give and take.

10. Meet someone halfway: compromise If you can meet me halfway, I think we can reach an agreement. They met us halfway, so that we could make a deal that worked for all of us.

1. On one’s plate: [something that is] waiting to be done.

We have enough on our plate right now. We shouldn’t take on more projects right now. She has too much on her plate. She needs to assign some of the work to another person.

2. Have the bandwidth: have the ability or capacity to handle the work

3. Know the ropes: be familiar with job processes, procedures, or people

4. Catch on: quickly and easily learn or understand something

Let’s put him in charge of the new process because he catches on quickly. They promoted her after only three months because she had caught on so quickly.

5. A dry run: a rehearsal or practice session

We should test this prototype first. We need a dry run before we go into production. I’d like to do a dry run with this speech before I present it to the whole company.

6. Troubleshoot something: identify the problems in a program or process

7. Get the bugs out: fix any problems in software programs

8. Plug and play: easy to install and easy to use

9. Down to the wire: close to the deadline

10. Heads up: a warning that a change or new procedure is coming Our boss gave us a heads up about the change in the procedure. I’d like a heads up on any design changes so I can make adjustments.

11. Be burned out: to feel very tired and not want to continue an activity

She was burned out. She had worked with children for many years and had lost her enthusiasm for the work. She decided to take a vacation because she was burned out from working seven days a week.

1. Upgrade: improve, update, or change for the better He needs to upgrade his job skills so he’ll be more employable. I upgraded my computer system so I could work better.

2. Multi-tasking: doing more than one thing at the same time. I can’t keep up with my work. I need to try multi-tasking so I can get everything done.

He got a ticket for multi-tasking while he was driving. He was talking on the car phone and looking up another phone number while he was at the wheel.

3. Make waves: to cause troubles or problems

I don’t want him on my team because he always makes waves and upsets the others. She made waves wherever she went, so she didn’t usually stay long in one company.

4. A bottleneck: a person or place that stops or slows the easy flow of ideas or

5. Cut corners: save money or time by substituting inferior materials or not carrying out all the required steps. The company cut corners on the new product by using a less expensive part in the design.

We have to find a way to cut corners on this project because we’ve already gone over our budget.

6. Make do: complete a task using only the available supplies or people. We don’t have enough yellow paper, so we’ll have to make do with white.

She ran out of butter, so she made do with oil for the recipes.

9. Be in someone’s face: make someone uncomfortable, be confrontational That salesman was really in my face. I didn’t like him. He stood very close and was very persistent.

She’s a difficult person to work with because she is always in your face. She likes to argue.

1. Be plugged in/be dialed in: be connected or be knowledgeable about in a situation.

2. Blow someone away: greatly impress someone; exceed expectations.

3. Jumpstart: so something to get an activity or institution working better or faster.

4. A long shot: a very difficult goal or a goal that one does not expect to achieve

Getting into that university is a long shot for him because he doesn’t have great grades. Reaching our sales goals in this quarter is a long shot because of the economy.

5. Be user-friendly: be easy to use

6. A game plan: a strategy or an organized approach to achieve a goal

something. Her new job requires her to interface with the customers every day. The network here no longer interfaces well with the one overseas.

8. Go for broke: attempt to reach a very high goal; gamble everything

He risked everything on the new venture. He went for broke. If we go for broke on this one, and it doesn’t work, we’ll be back to square one.

He struck out with the big account. They decided not to purchase the product. I don’t want to strike out on this project. I want it to be a success.

10. Go down swinging: keep trying until the end; never give it up

He didn’t win the account, but he went down swinging. I like that guy. I’d rather go down swinging than not try at all.

1. Get the ball rolling: start something

2. Step up to the plate: take responsibility

3. Go hand in hand: be associated with; go together

Quality and efficiency go hand in hand. One usually accompanies the other. This material goes hand in hand with the software to guide the user.

4. Step on someone’s toes: get in someone’s way; interfere with someone’s job or responsibilities

I don’t want to step on your toes, so let me know if this is OK. She was unpopular because she stepped on many toes.

5. Be on the right track: be going in the correct direction

6. Out of bounds: not acceptable

7. Give someone the runaround: not answer a question or request; send a person somewhere else for an answer She always gives me the runaround when I ask her out. Do you think she’s not interested?

I could tell she didn’t want to answer the question. She just gave me the runaround.

9. I haven’t received any information on this project. I am out of the loop on this.

10. Screw up: make a big error or mistake

She screwed up the order, and we had to start over again. I usually screw up when I’m really tired and I keep working anyway.

1. Be on the ball: be smart; be intelligent; be a good worker

She’s really on the ball. She’s quick, efficient, and does good work. I’m really glad you hired him because he’s on the ball.

I like to shoot the breeze with my friends. Sometimes we just sit and talk. We shot the breeze for a few minutes before we got down to business.

3. Pull strings: take advantage of connection to achieve a goal

He pulled strings to get the job. His father-in-law talked to the company president about him. She can pull strings whenever she wants something because her brother is the CEO of the company.

4. Kickback: money or favors given in exchange for influence.

That company was fined for giving a kickback to the politicians in exchange for contracts. The U.S. government frowns on kickbacks for business.

5. Go by the book: closely follow procedures or rules

6. On one’s toes: prepared to quickly move or react

7. Eyeball it: estimate or guess based on a quick glance.

I don’t have a measuring tape, so I’ll just have to eyeball it. I don’t have time to look at your proposal very carefully. Is it okay if I just eyeball it?

1. Go for the gold: try for a difficult goal.

Let’s go for the gold. I want to set high goals this year. She went for the gold when she put down her quarter goals.

2. Go for it: make an extra effort to meet a goal

If we’re going to make this quarter’s quota, we’ll have to really go for it. I told him he would succeed if her really went for it.

4. Miss the boat: miss the opportunity

5. A trade-off: an exchange; the act of giving up one thing to get another

If you cut back your hours to have more free time, you’ll make less money. It’s a trade-off. She gave up her dream car to buy a house. It was a trade-off.

6. Burn rate: the rate at which a new company spends money

7. Bricks and mortar: a business with a physical building where goods are bought and sold, as opposed to an Internet-based business, which sells products over the World Wide Web.

8. Land on one’s feet: recover from a problem or difficult challenge

His company outsourced his job, but he landed on his feet because he found a new position in another department. She managed to land on her feet when she made a career change; in fact, her salary is still rising.

9. Twist someone’s arm: convince or persuade someone to do something

10. Burn one’s bridges: do something that will hurt or destroy a relationship 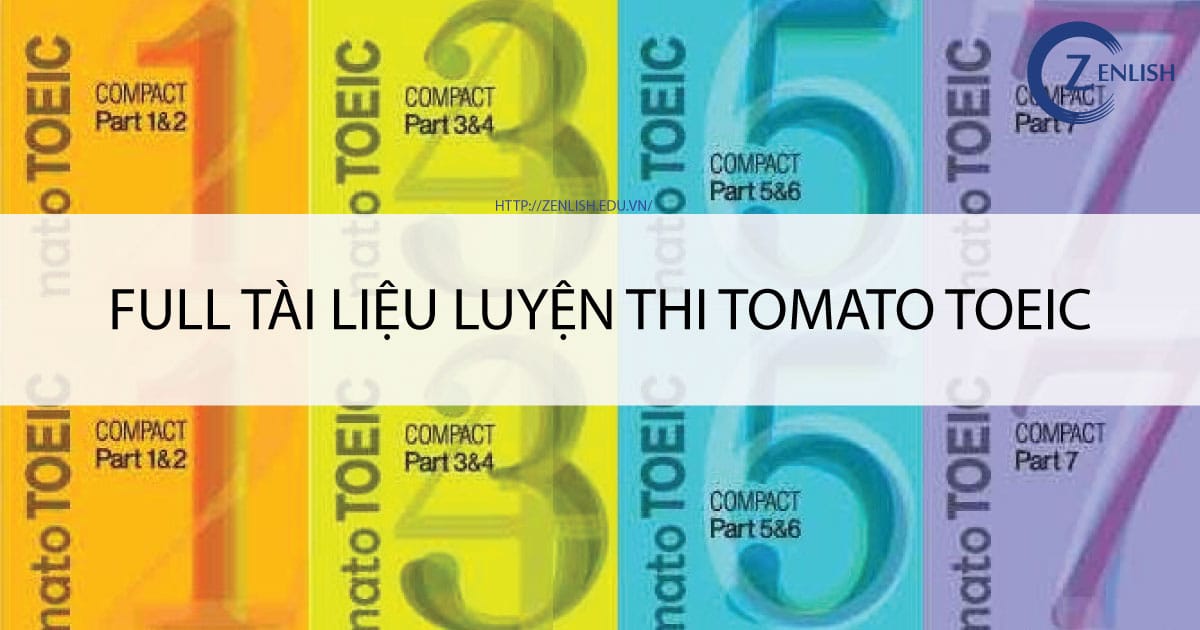 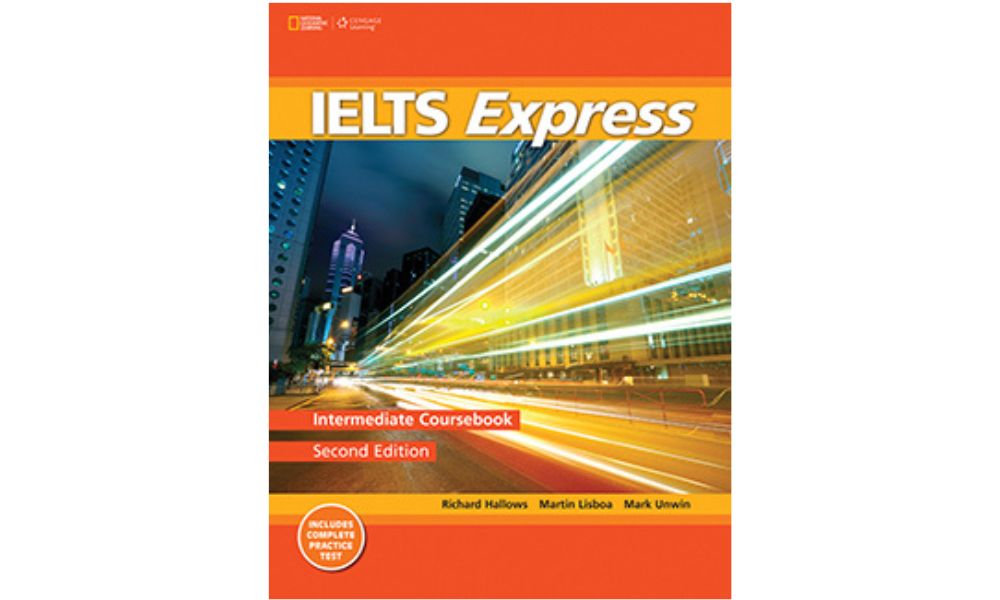 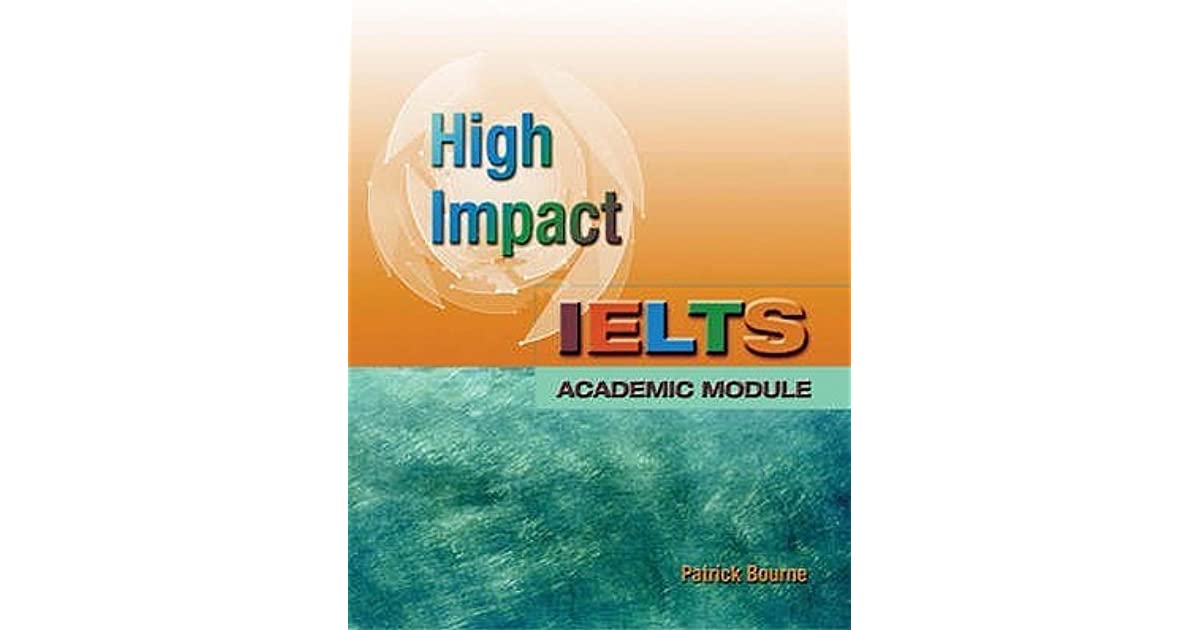 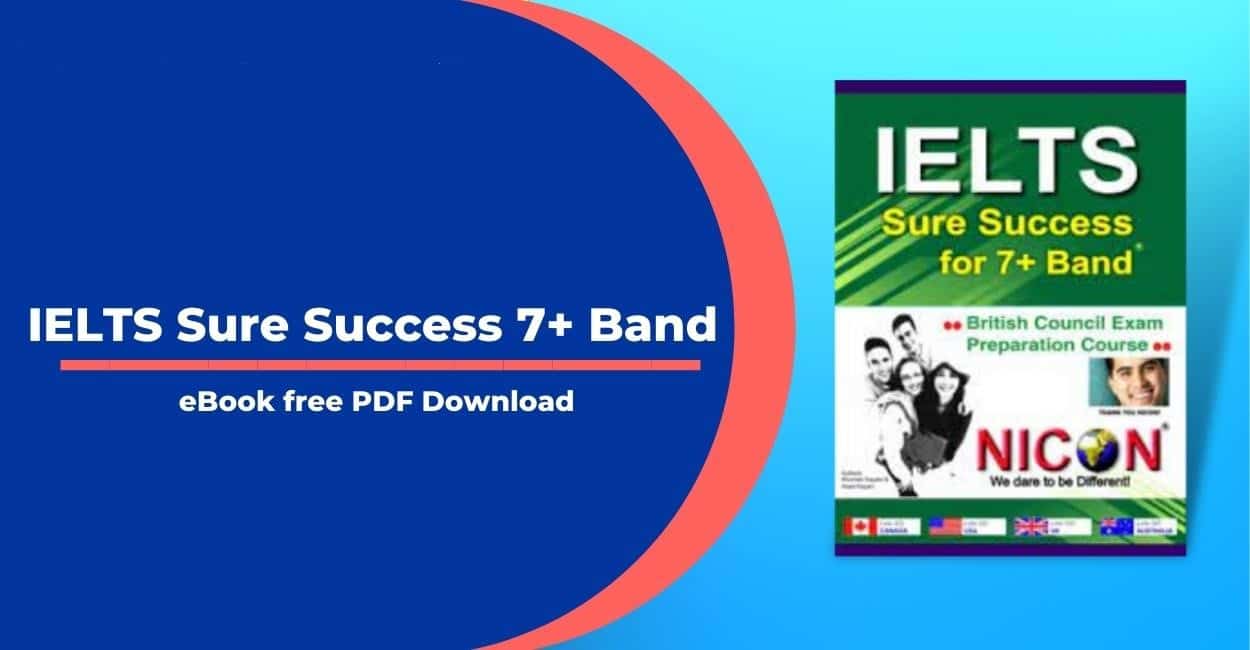 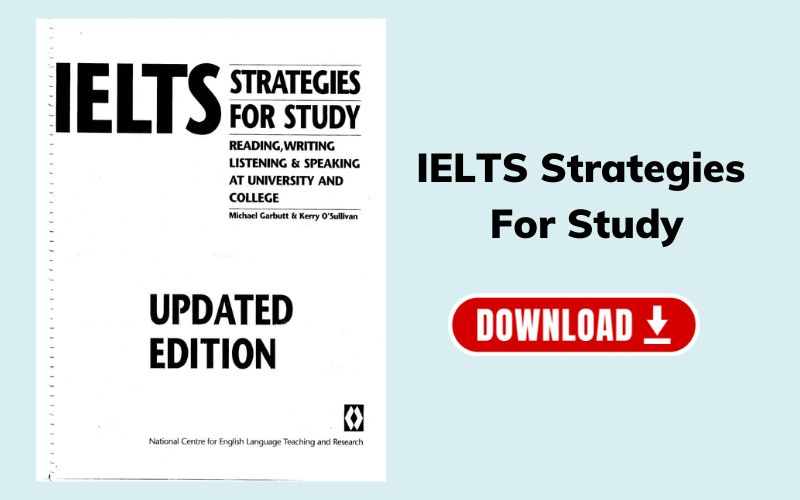 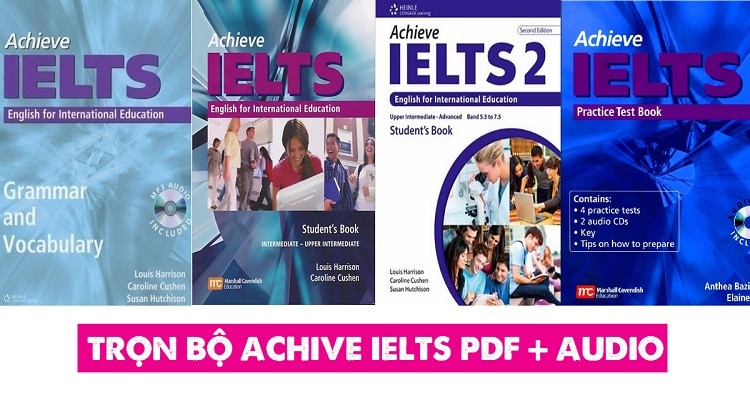 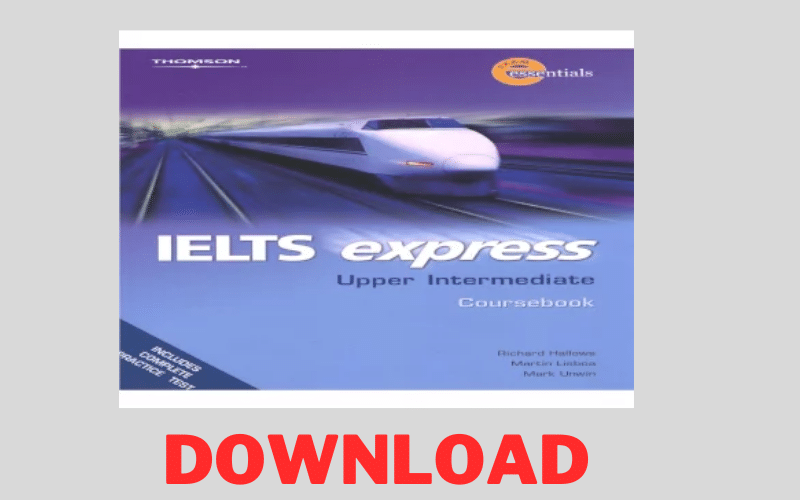 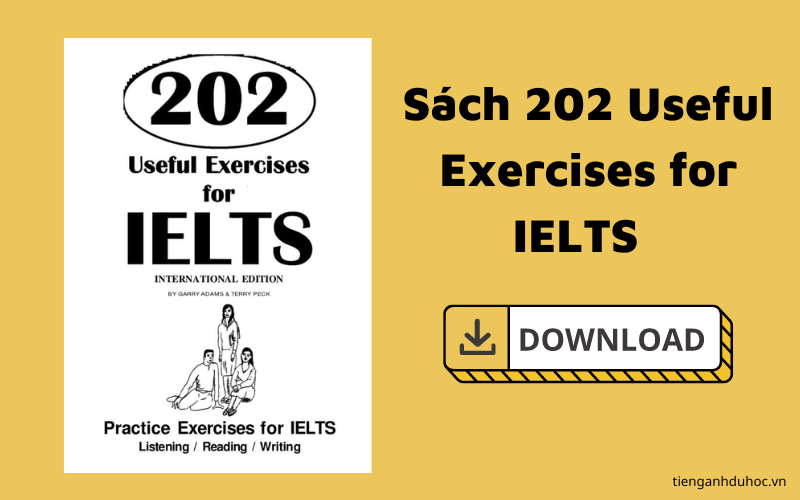 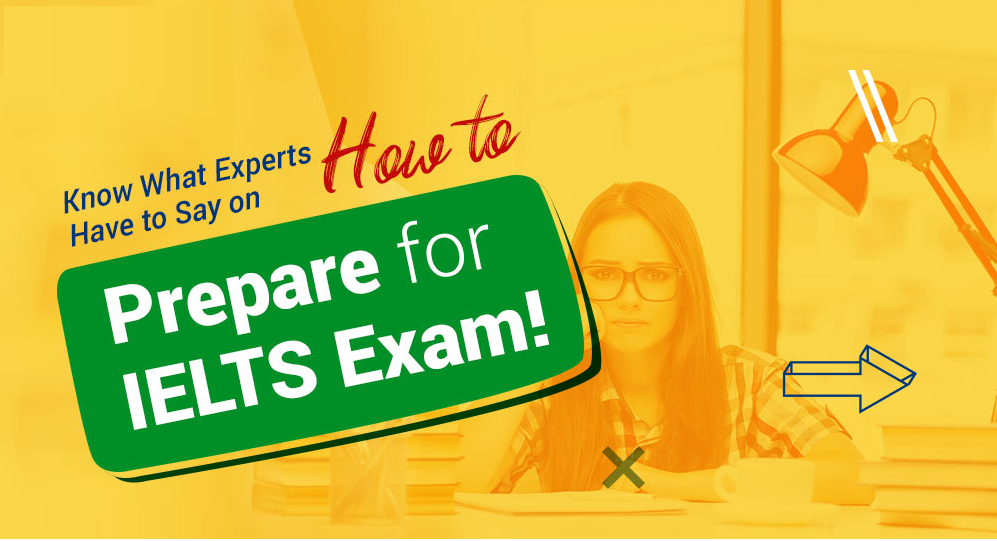 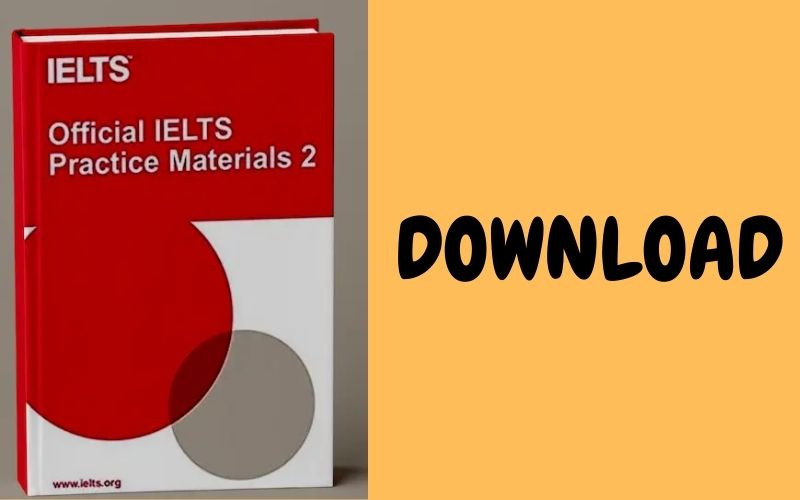